Don’t Be Evil – Is Google as Innocent as it claims?

I am often told that that people don’t want to work in finance because it is ‘Evil’ that banks have capitalised on a broken system and that hedge funds beat old ladies with clubs before stealing their pension. Well. This is the impression some developers seem to have.

In their minds, they want to work in the veritable ethical utopia that is Google, and its’ cornucopia of ethical premises seem to attract developers by the flock. In my mind at least, this seems a little hypocritical, at least on the ethical front…

Google is the most used search engine, and successful technology company in the world. Even outstripping Microsoft. It turned a noun into a verb and has one of the best international brands, technology and product out there. Not to mention it is probably the most effective way to find information in existence today. Google consistently commits to profit neutral and even loss making services across its entire spectrum of products. Not to mention providing an entirely free, email, mapping and internet search service. Pretty amazing huh?

Google owes its popularity and success to two things, to deftly written algorithms that quickly find the information that is plugged in by a user anywhere in the world, providing a service that is second to none. And a brand, characterised by one phrase, “Don’t be Evil”. The informal motto of Google.

Don’t be evil, centres around one premise; you can make money without being evil. And this central pillar was meant to remain at the heart of the company. Paul Buchheit, the creator of Gmail said that [it was] “also a bit of a jab at a lot of the other companies, especially our competitors, who at the time, in our opinion, were kind of exploiting the users to some extent.” The evil Microsofts and Banks.

So, Google was taking the high road, “Don’t be Evil” later made it into the Google manifesto and it became part of the brand. Google wanted to lead the way, putting the users first, and making a profit from tailored advertising. In an industry full of famously cutthroat tech giants, Google was supposed to be different.

“The problem is, there is no opt out. There are too many shades of grey in a company that takes pride in its brightly coloured logo
Google’s privacy policy has changed, and this has a big impact on where your personal information ends up. Your search results, map directions, even this videos of cats you watch, it is all collected and stored. If you use android (Latitude or Ingress), even your real time location is collected and transmitted.

Google freely collects your log-on information, details of how you used the service, such as your search queries, telephone details, date and time of calls, even SMS routing information and your IP address. With the addition of G+, Google know where you are (in real time if you have android), what you like (or don’t) and probably your measurements if you have ever done some online shopping… The idea behind all this information gathering and assimilation is that Google can provide better, more “tailored services” (they mean adverts) to their users.

The problem is, are they going too far? Right now George Orwell is turning in his grave, ‘they’ know where we are, where we frequent most, what we like and the messages we send each other. But let’s be fair this is information we chose to freely give away, for services we don’t have to use, on a completely free product. We, as users seem to have a sense of entitlement to these services that is perhaps unwarranted. Although let’s face it, is there really an alternative to Google? It might not technically have a monopoly on search, but is there really an alternative?

I can’t pretend to be comfortable with the amount Google know about me, of the amount of my -not so personal – information they have access to, but I can’t, realistically imagine my life completely unplugged either. The problem is, there is no opt out. There are too many shades of grey in a company that takes pride in pride in its brightly coloured logo.

Eric Sdmidt the Executive Chairman of Google argued, “If you have something that you don’t want anyone to know, maybe you shouldn’t be doing it in the first place”. This concerned me the most, it reeked of the watcher and the watched, of a bold totalitarian leviathan, it is the kind of phrase dictators placate the masses with. To say only miscreants worry about net privacy, well, that’s stupid.

We have seen the Arab Spring launch off the back of social media, China begin to open international doors, and on occasion even a glimmer of light out of North Korea. To say only miscreants should be concerned is fallacious and short sighted. Fair enough, Google can have access to the sites I visit, to construct some pretty cool ads, but what I email people? My passwords? My genetic make up? My plans for a revolution? I think not.
The boundaries between civil liberties and the appropriation of my personal data appear to be becoming rather blurred, over the last few years, Google has collected my data – a lot of it, but what else are they going to do with it ? Can they be trusted ? Google has abused users’ privacy by knowingly geo-targeting them with ads for illegal/counterfeit drugs and by not changing its privacy policy despite being told to do so by six European data protection agencies, and now faces additional legal challenges after making no change to the policy and Google+ forces consolidation of privacy policies with no opt out, not to mention recent charges of illegal web scraping.

“Don’t be evil” remains there, in the Google manifesto, in 6th position. I’m not so sure it should be there at all. For a company that brands itself as different to its competitors, with bright branding and fluffy edges, it has all the comforts of room 101.

So. Where does this leave us ? if Google, the brightest of stars is dimming, where would I recommend.

More and more these days, I find an ethical appeal in start-ups. Sure, it isn’t the easiest working environment, some lack stability, some will fail, others will go on to outgrow Google. But since when was the ethical choice the easy one? I find those two paths seldom cross.

In a start-up the company is as ethical as you make it, when you join at the embryonic stage you have the control to help it evolve into a creature you can be proud of. I work with start-ups, something I am quite proud of, companies that track diseases, locate laundered funds, some are doing groundbreaking research into DNA mapping, others building reusable gaming infrastructures.

If you have thoughts, think there is an excellent ethical player out there for developers, or think I’m downright wrong, drop me an email, or pick my brains. I’d love to hear your thoughts. 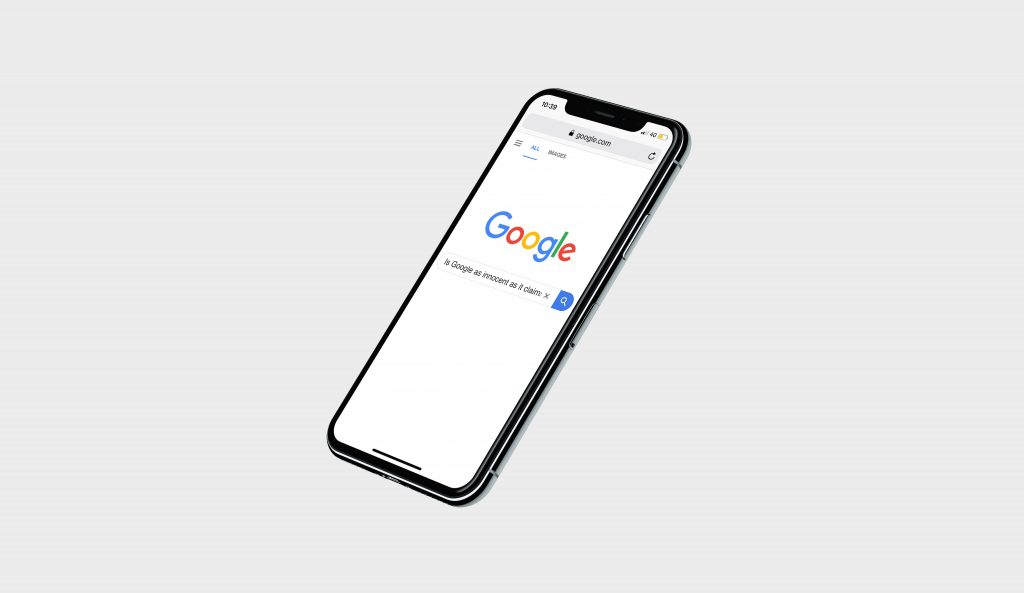