How does blockchain technology make online gambling fairer and safer?

As a technology recruiter in London, two areas which have stood out to me in particular over the past 12 months have been online gambling companies and the emergence of blockchain technology. Having placed candidates into companies who make a profit from gambling, and attending Meetups on blockchain tech I have written this article to present findings of how the two combine to make a fairer online gambling experience.

The earliest evidence of gambling dates back to 2300BC, where tiles were used in a lottery-type game in Ancient China. Since then, gambling has come a long way from the first casino in Italy in the early 17th century, to the introduction of online gambling in 1994. One of the most recent, and arguably most important, developments is the introduction of blockchain technology.

Fairness and trust has always been an issue in gambling, online in particular, and this is one of the main areas where blockchain technology is making its impression on the industry. When someone is gambling at a casino they can see everything unfolding in front of their eyes, and is therefore hard to disbelieve. With online gambling however, players simply see a picture on a screen and have no idea what is actually going on behind the scenes.

On the other hand, in blockchain gambling (through websites such as vDice), everything is run on a decentralised platform. There are no central servers, user accounts or deposits ever made – everything runs entirely on the blockchain. To play, users simply use their email address and their bets are recorded on a public distributed ledger. There is no central operator, and winnings are paid out using decentralised verification.

In regular, centralised gambling games, users’ personal data is stored in a single storage provider. This requires a lot of trust from the user’s side as the operator effectively owns all of this personal data. This leaves the user open to the operator selling this data to third parties for marketing purposes. Or worse, hackers could infiltrate the data store and steal users’ personal information, including bank details.

In decentralised gambling however, data is stored on a distributed ledger and recorded using cryptographic hashing (for more info, I recommend reading: https://www.quora.com/What-is-cryptographic-hash-function). This personal data is stored in multiple locations and at a very low level which makes it virtually impossible to be hacked or stolen.

In centralised gambling games, when a user wins they make a request to withdraw money from their gambling wallet into their bank account. More often than not the operator is trustworthy and will honour this request. However, there are some cases when this isn’t as straightforward. Ultimately it is at the operator’s discretion whether to pay out or not and this presents a risk to the user. For example, if the operator went bust or did not have sufficient funds available they could refuse to pay out. Most operators are fair, but there is still a risk of operators not paying out due to bankruptcy or by simply running away.

With blockchain gambling, bets are made using smart contracts, and then masternodes are used to verify the result. Bets are placed in escrow and are released to either the winner or the operator after the result has been determined. When the result of a gambling event (e.g. a football match) matches the bet of a user, the payment is made to the user’s cryptocurrency wallet. These payments are automated, which eliminates the issue of operator’s refusing to pay out.

In addition, the results of previous games and payout history are stored on the blockchain and are available for users to see. In online casino games like roulette, Random Number Generators (RNGs) are used to determine the result of the game, and by making the previous results available to see these can be tested for their randomness. Also, because all winnings are saved into the blockchain, these can then be viewed by other users to prove the legitimacy of the game.

Regular gambling sites require users to input personal information (such as name, address, phone number etc.) to create their account. Some operators sell this information to third parties for marketing purposes. On the flipside, in blockchain gambling users are not required to enter their personal details for the use of individual games, as their information is stored deep in the blockchain in the form of their online digital profile.

Through the use of blockchain technology users can make an online digital profile (such as a Passcard or Blockstack) which cannot be altered by outsiders. Personal details are stored at a very low level of the decentralised platform, where they cannot by accessed by others.

Also, no bank details are required as winnings are paid out in cryptocurrencies (i.e. Bitcoins, Ethereum, Litecoin etc.) and go into the user’s cryptocurrency wallet. From a personal data perspective this is far safer.

Despite all the positive reasons for online gambling companies taking up blockchain technology, there are also downsides that they have to contend with.

Firstly, the volatility of cryptocurrency value is something worth thinking about for those companies using, or planning to use, the likes of Ethereum and Bitcoin as a currency for bets. The value of Bitcoin has increased over 800% over the past year, yet also dropped from $10,000 to $6,000 in four days. Over time this is likely to settle down, but while it is a new technology its unpredictability could put off some companies from adopting it.

Also, the secrecy and anonymity that blockchain creates, means that in its infancy in particular it was used widely in the dark web for transactions involving illicit goods. This has somewhat tarnished its reputation and is likely to slow down its adoption as a mainstream technology.

Furthermore, a report by Deloitte claimed that companies looking to move to a decentralised blockchain would need to bear in mind the scale of moving from a human-based trust model to an algorithm-based trust model. This process is highly likely to expose firms to new risks they had not before encountered, and would in turn require robust risk management infrastructure – requiring further development time and investment.

Finally, one of the longer term downsides of blockchain technology is its scalability. With every transaction the blockchain gets bigger, takes up more data, and takes more processing power – this costs more in energy and also makes computation slower. In an industry like gambling where the speed of executing bets is crucial, this will be a concern to online gambling firms.

Having worked with clients who provide online gambling services and those that build blockchain technology, I find this a very interesting area.

In July 2017, I attended GamCrowd’s MeetUp on ‘Blockchain Technology within the Gambling Industry’, and the consensus was clear: no – bringing blockchain technology into the online gambling mainstream isn’t going to happen overnight, but yes – the benefits will be worth waiting for.

In attendance was a representative of Funfair.io, which is an example of a pioneering company that is making progress in the blockchain gambling area. Having raised an impressive $26million in four hours during their ICO (Initial Coin Offering), its online casino runs almost entirely on blockchain, which records everything from game results to payout history. In fact, the only information it doesn’t currently record is players’ personal identity details, and even this is soon being integrated through the use of Blockpass – a ‘safe online passport’ system expected to also launch into the online mainstream in the near future.

According to a study by Juniper Research, 60% of large corporations are considering using blockchain and for me online gambling is an industry where it should be a no-brainer.

On balance, my personal view is that the use of blockchain technology in online gambling in the long term will be a positive move. However, given the aforementioned downsides I think this shift will take time while the technology is ironed out and becomes better understood by both the corporate and consumer parties involved. 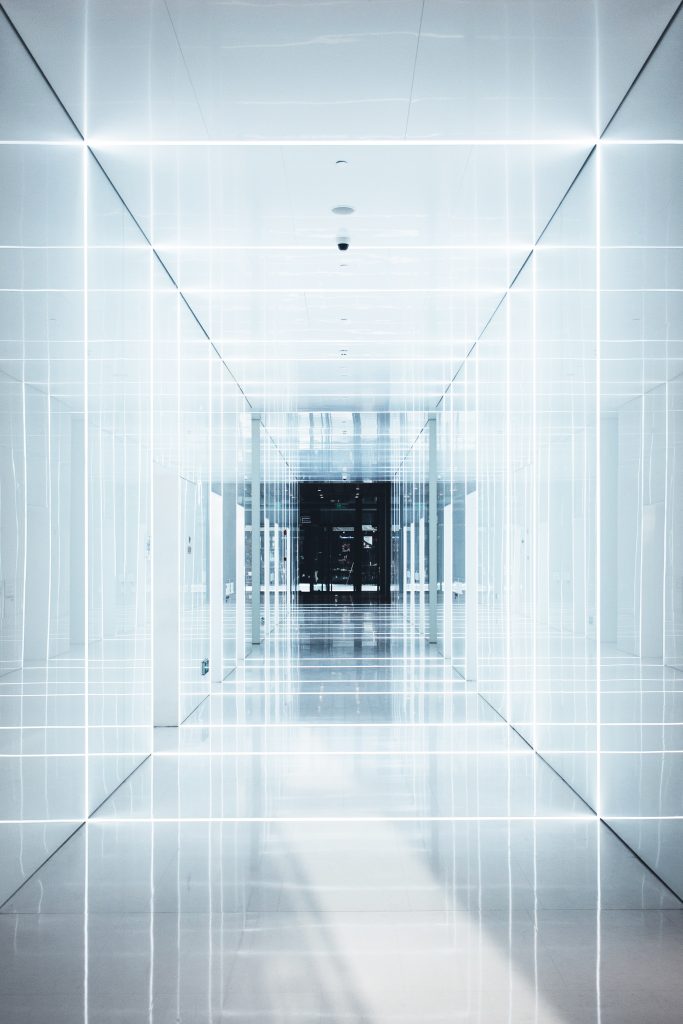