The technology industry is and has always been heavily populated by men.  The phrase “boys with their toys” springs to mind.  I’m pretty sure if you walked into an average tech company the first things you’d be greeted with would be the overwhelming smells of aftershave and testosterone.  Logically, this raises the question of why women aren’t as interested in gadgets and gismos and coding as men – and it is something that has, let’s be honest, been written to death about.  Yet this excess of literature on the subject doesn’t seem to be changing anything or making the slightest difference towards balancing out the ratio.

Despite a slight rise in interest from the female half of the population in the 1970s, when more young women than ever before (or since in fact) signed up to study Computer Science, there has never been anywhere near an equal number of males and females on such courses.  Indeed, the number of women working as developers across the country is worse still.  In the UK, only 17% of jobs in the technology sector are held by women – and that number is declining each year.  Being such a lucrative industry, and one that is unlikely to shrink any time soon, it seems odd that women wouldn’t want to get involved.  It’s also a shame that it’s only men really influencing the future of technology – especially when 4 out of 10 tech products are bought by women, and women make up a much higher portion of casual online gamers, and Facebook and Twitter users.

So what can the industry do to get more women involved?

1. Work towards eliminating the cliché
If we go back to the average tech company image, and you manage to wade through the previously mentioned thick, delightful mist of man-smell, the cliché would tell you that you would find a group of lanky, geeky, socially awkward guys hunched over their computers in a dark corner, wondering every now and then why they’ve never seen a woman naked in real life.

It is this misconception of the industry that is probably one of the main reasons why women don’t want to get involved.  Why would a woman want to invest time and money studying something that she believes will only lead her to working in an environment in which she would feel uncomfortable?

There needs to be a more positive representation of the industry in the media; one that shows the creativity that goes into designing and building software, the team work and camaraderie involved, the hard work and dedication, and the emotional and financial rewards of completing and deploying successful projects.

According to a survey carried out by Cisco in 2009, 80% of women want creative, independent job roles, and only 30% believe that jobs in the tech industry provide this opportunity.  If this misconception was corrected and the cliché eliminated, then women would be far more likely to explore tech as a career path.

2. Lose the violent gaming image
One of the other stereotypes attached to computing is the violent gaming subculture that comes with it, which puts off a lot of school-age girls, who then inevitably don’t take IT or computing classes, and never consider a career in the industry.

90% of all women want a job that helps people.  A whopping 60% of them believe that a job in tech wouldn’t allow them to do that.  This needs to be corrected to appeal to the altruistic part of women’s nature, and attract them to a career in the tech sector.

The tech sector is not just gaming and social networking – it is those things, but it has so much more to offer.  Women want to help people and save the world: do something that makes a difference.  Whether you care about curing cancer, eliminating terrorism or any other major issue facing our world, tech companies work towards solving them.  It’s not just tech for tech’s sake: it doesn’t have to be tinkering with the best new way to share your every thought on the internet (no matter how boring and insignificant); it also doesn’t have to be writing the software for the next epic alien versus zombie versus cowboy massacre game; it can be doing something that does help people and makes a real difference in the world.

3. Point out the benefits
There is an incredibly vast amount of benefits to working in the technology sector, and these aren’t mentioned enough to girls at a young age, or any age in fact.

The financial opportunities in tech jobs are huge.  A lot of women that are money motivated might go into finance or management or the professions, but little seem to think of tech as a logical option.  Since Forbes ascertained in 2011 that 30% of the best paid jobs for a woman are in the tech industry – this needs to be vocalised.  This is particularly the case with software developer jobs within the banking industry, which, despite the recent downturn in the financial sector, are still very much apparent.

The industry is also one of the fairest sectors to work in with regards to gender-equal pay at all levels, and so in terms of respect and equality the technology sector is one of the best places for women to get involved.  This is made even more appealing by the fact that the industry is highly meritocratic – you work hard, you prove yourself, you make it to the top. There’s no “who knows who” or “who’s been here the longest”; if you’re the best – you’ll get the job. No matter what.

4. Provide better support after maternity leave
Another factor, which is more serious in the long-term, is the issue of support for women when they leave to have children.  By this I don’t just mean respectable maternity leave, but also an offer of help with child-care so that they can return to work more quickly.  By spending too much time away from the office during maternity leave, women’s tech skills can deteriorate, and easily become outdated considering the constant changes and improvements that go on in such an ever-evolving industry.  Therefore, the industry should provide day-care assistance or, in larger companies for example, a service themselves to enable women to return to work faster and maintain their skills, alongside decent training when they return to ensure they are up-to-date and can settle back in easier.

Ultimately, the main problem is getting young girls interested in computer science, and in maths-based subjects in general. A lot of girls now study science and medicine, but not many have ventured into maths and computer science just yet, at least not here in the United Kingdom.  Subjects like maths and engineering attract more females in countries around the world, such as China and many Eastern European countries such as Bulgaria, Estonia and Latvia.  It is in these countries that the gender divide in technology is a lot less prevalent, and if they can get women interested in creating technology products, and believing that it is a prosperous and beneficial career path for them, then I don’t see why the UK can’t do it too.  Maybe this should be the industry’s BIG New Year’s Resolution for 2013: Eliminate the tumbleweed and finally get a healthy balance of oestrogen alongside the testosterone. 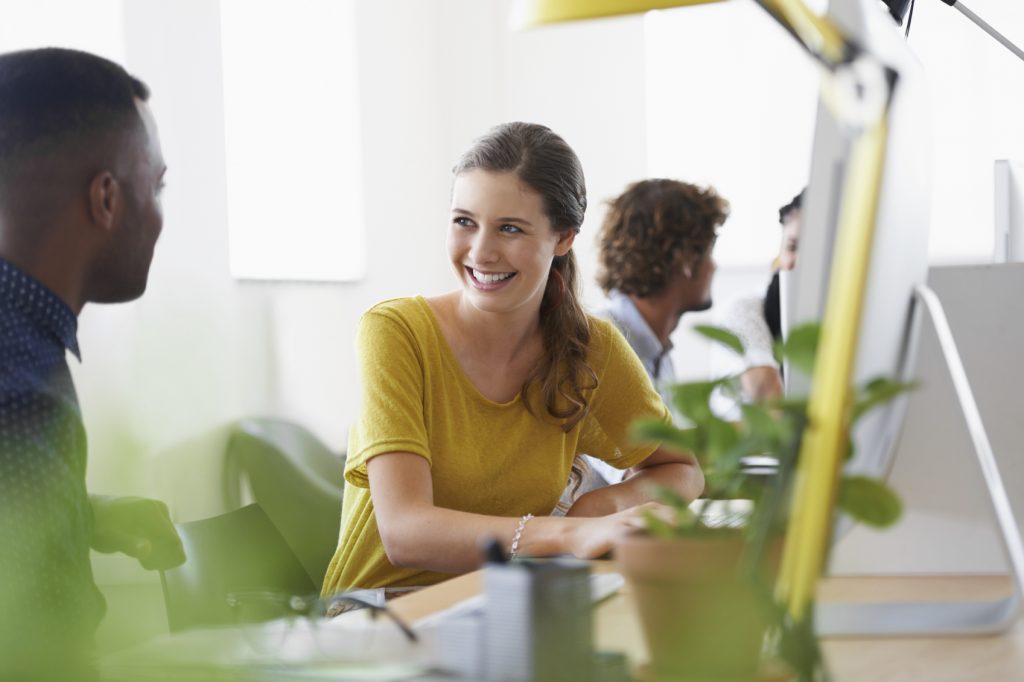